Wizkid has become the most awarded African act in MOBO Awards history after claiming the Best International Act award at the just concluded 2021 event.

At the just concluded MOBO Awards 2021, Wizkid became the most awarded African act in history after winning the Best International Act and Best African Act awards.

Wizkid was earlier announced as the Best African Music Act of the year at the MOBO Awards 2021 from a category that also included the likes of Davido and Burna Boy. Other nominees for the same category include CKay, Tiwa Savage, Rema, Tems, NSG, King Promise, and Ayra Starr. The show also saw Tiwa Savage present an award while Tems also performed on stage.

Wizkid’s two wins at the 2021 MOBO Awards including Best International Act therefore meant he has become the most awarded African in the competition’s history. The Nigerian superstar won the Best International Act award from a category that included megastars like Doja Cat, Drake, Kanye West, Lil Nas X, Megan Thee Stallion, Polo G, Rema, Skillibeng, and Young Stoner Life. These two new awards make it a total of 5 for Wizkid at the MOBO Awards. 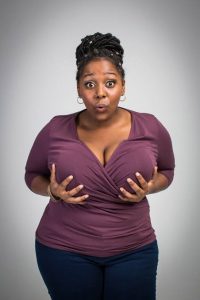