Frank Lampard says Everton are “underdogs” ahead of Sunday’s 240th Merseyside derby against Liverpool, but the Toffees boss expects nothing less than “passion, fight and desire” from his side as they battle to avoid the drop.

Relegation-threatened Everton are in 17th place in the Premier League standings on 29 points, with a game in hand over 18th-placed Burnley, who have 28 points from 32 games.

Liverpool, meanwhile, remain one point behind leaders Manchester City at the top of the table and are hunting an unprecedented quadruple.

The Toffees won 2-0 at Anfield last season and, speaking in his pre-match press conference ahead of Sunday’s game, Lampard discussed what it would take to repeat that victory and boost his side’s survival chances.

“It’s a huge fixture. I have watched it from afar many times. I am very happy to be involved,” he said.

“You can’t always control the result. This game brings a different energy to it. I expect passion, fight and desire. There’s not a game plan in the world that will work without that.

“We’re playing the strongest team, on form, in the league. You have to use that as a positive. We have to fight until the last minute, no matter what happens. We are the underdogs, that’s clear. But we have to fight!”

Liverpool manager Jurgen Klopp admits he would miss the Merseyside derby if Everton are relegated from the Premier League.

While Everton are mired in a battle to avoid the drop, their near neighbours are challenging for three more titles having already won the Carabao Cup.

Asked whether he would miss the fixture, Klopp said: “Of course. I think we’re all used to having two clubs in the city playing in the Premier League.

“It’s a bit different this week because we played Manchester United the other night, but usually the full week before you play Everton there are just talks about the derby.” 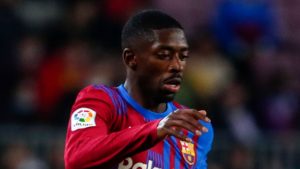