The talented OAP, Ijeoma Mbama blasted her Ex-lover, Abobi Eddieroll, who also happens to be the father of her son, after he made a post on Facebook appreciating her.

Hours ago, Abobi Eddieroll made an appreciation post for his Ex-lover, Ijeoma Mbama (I.J). He said she has contributed to the success of his musical career, he also stated that he is owing her for her Support.

Forget Sagas, I owe n love them a lot

Bossu J Ginger me to begin make n release my own music… No funds, no structure,
I still remember how we manage drop WIDA YOU that year
Nobody gree play the Song for radio sef
But J still ginger, Dey block OAPs n DJs Dey ginger
We got a lot of criticism from every angle
But we knew what we were up to
So J no allow am weigh us down
Him go ginger make we go show
Perform free
Learn d process
It was all fun sha

I know they both have my best interest at heart
Nobody has carried my matter like these guys
It pays to be Grateful and I am to openly and publicly say
THANK YOU Jerome Biznesmen Batubo THANK YOU Ijeoma Mbama (regardless of the sideways relationship we had, You forever have my gratitude as the amazing woman that you r)

I wish us nothing but the best in our endeavor to become Great.

However, Ijeoma Mbama, commented on the post, she said, he is an ingrate and that he should stop using her to chase clout.

Please stop using me to chase clout. Focus on the life you have chosen. Leave me out of your mouth. You don’t appreciate shit, you are not grateful. Everyone should leave me alone. 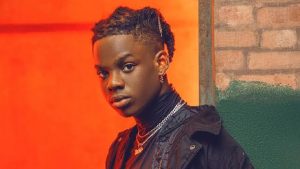