Drake is now currently trending, as his latest body of work, Certified Lover Boy remains number 1 on Billboard top 200.
Before the release of CLB, there were a couple of events that posed questions of whether the album would do better than that of his rival’s, Donda.

From a couple of push-back dates to being hospitalized to Kanye dragging him on a WhatsApp group, and then releasing his Toronto home address.

At this point, lots of fans already gave up of ‘CBL’s success, as many were certain that the following events would bear consequences.

After debuting at No.1 on the Billboard Top 200 last week, Certified Lover Boy album is right back in that top spot this week.

RELATED :  Wizkid (Big wiz) Made It Easy For Teenagers To Become Musician In Nigeria - Ruger 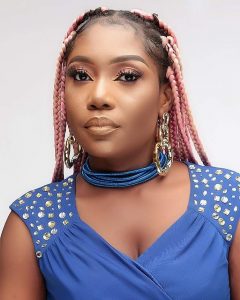 Stop Using Me To Chase Clout, Just Focus On The Life You Have Chosen, Ingrate – Ijeoma Blast Abobi Eddieroll Prior To His Apprection Post
The talented OAP, Ijeoma Mbama blasted her Ex-lover, Abobi Eddieroll,…
Cresta Posts Box by CP